“China's rapid development in economy, science and technology is providing more and more opportunities for the world,” said Fabiano Silveira Duarte, Brazilian, who came to China 9 years ago in a hope to experience life and growth in a foreign country. 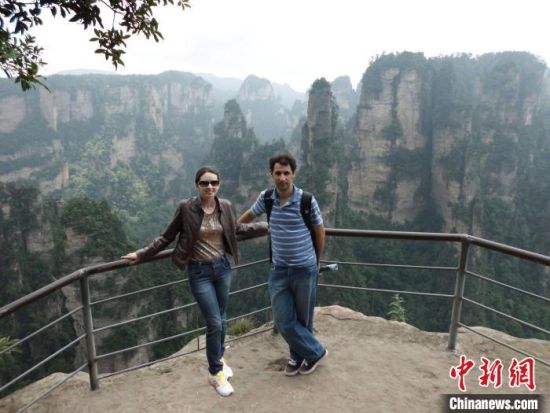 Fabiano graduated from the Control and Automation Engineering Department of Sociedade educacional de Santa Catarina, Brazil. Before coming to China, he worked as an operation, maintenance, investment and reliability specialist for a series of projects at ArcelorMittal Vega in Brazil. The steel giant ArcelorMittal had been looking for opportunities in the Chinese market, and finally joined hands with Valin Steel (biggest steelmaker in Hunan) in 2010. This “handshake” drew Fabiano's attention. 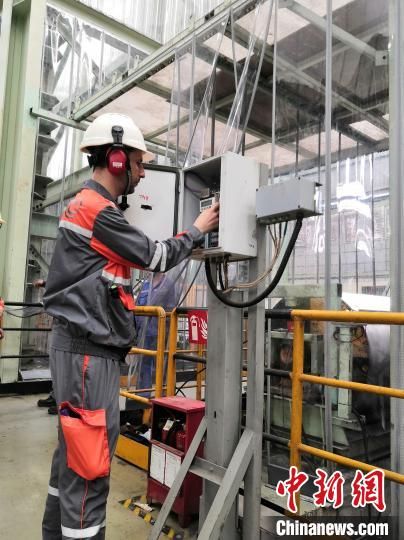 “VAMA is a result of strong partnership between ArcelorMittal and Valin Group, so I think this partnership has been bringing a lot of high technologies for the China’s automobile market,” said Fabiano. Therefore, in 2012, he volunteered to sign up for VAMA as a reliability and electrical maintenance specialist, to provide advanced technical support for the process and equipment in local high-end auto sheet production.

However, the introduced technology was not “ready to use”, and the process of localization was also exchange of different experiences and cultures. As a bridge between VAMA and foreign experts, Fabiano admitted that he would have culture shock when faced with different concept and methods between Chinese and foreign teams. However, he gained valuable experience by working with the Chinese team who believes in “practice makes perfect”. “Everyone can communicate with an open heart, and always try to find the best solutions through in-depth field investigation,” said Fabiano.

As an outcome of Supply-Side Structural Reform jointly approved by the National Development and Reform Commission of China and the Ministry of Commerce, VAMA was born when China's steel industry faced overcapacity in low-end manufacturing and shortage of high-end manufacturers, hence attracted much attention. Fabiano, who participated throughout the project, also witnessed the “fruitful result” of this transnational “marriage”.

Since VAMA officially opened for business in 2014, it has developed and manufactured a full range of auto steel products including advanced high-strength steel and auto sheet, filling the gap in China's high end auto steel market, hence becoming a leading high-end auto manufacturer in China. In this February, VAMA’s second phase project with a total investment of 1.07 billion yuan was launched. Once the project is completed and put into operation, VAMA is expected to reach a production capacity of 2 million tons of high-end auto steel per year.

Meeting the requirements of scientific and technological upgrading as well as low-carbon development of China's automobile industry, VAMA’s products are well received by the market. “It looks like an ordinary steel product, but it comes from plenty of research and development. The mass application of advanced high-strength steel reduces not only the car body weight, but also energy consumption.” Fabiano also said that the company is supporting the manufacturing of green steel with a more stable and reliable production line.

The birth of VAMA has also promoted the intelligent transformation and upgrading of the local steel industry. As a raw material supplier, Valin LY Steel (based in Loudi, Hunan) improved its smelting process by automating the entire steel-making process from adding molten iron to alloy and flux, and by realizing “one click” and smart steelmaking through analyzing the big data of steel and alloy models they update on the self-developed platform.

Xiaomi’s water purifier, TCL’s TV, Midea’s air conditioner and an Honor’s cellphone... We can see Chinese brands everywhere in Fabiano life. Having lived in Loudi for 9 years, Fabiano is already a loyal consumer of “made in China”. “Many things can be produced here in large scale. As China is a big country, companies here in China can produce the equipment and put in the market for trial, and can improve the quality more and more to become reliable.” said Fabiano, who added that in terms of quality, some Chinese cellphone and home appliance brands are comparable with foreign ones, and the product design is very eye-catching.

Because of the birth of his son and the COVID-19 pandemic, it was three years ago when Fabiano returned home. During the severest time of the epidemic, some Brazilian friends could not understand why Fabiano stayed at home like many other Chinese. “A short period of isolation can set us free instead as soon as possible. Facts have proved that this is the most effective way to control the epidemic. The Chinese government has made great efforts and done a very good job, which is impossible in some countries,” said Fabiano.

When he first came to work in Loudi, Fabiano had to take many different vehicles and passed through many places to get there. But now, he can travel around China through high-speed rail and expressway. Fabiano is more than satisfied with the improved transportation and living environment of this city. As he said, his growth in China’s multicultural background, its rapid development in various fields, and its safe and stable environment are all making his Brazilian friends envious. “I used to dream to live abroad. So I have been living here in China. I have been achieving this dream.”