With thick eyebrows, big eyes, and a Roman nose, It’s hard not to notice Rafiq Khan, Pakistani, from a group of Chinese employees, whose fluent Mandarin and even Hunan dialect helped a lot with his job in the Urban Rail Business Department of CRRC Zhuzhou Locomotive CO., LTD. 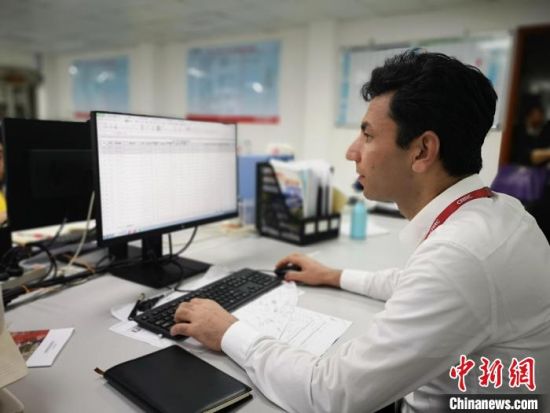 It is the daily work of Rafiq Khan, an electrical engineer, to arrange the locomotive parts according to the design drawings, guide the installation in the workshop, and assist in the final production of the locomotive. “It seems to be repetitive work day after day, but you can never guess what will appear on tomorrow's design drawings. The technology updates too fast in here,” said Rafiq, who confessed his love for this “stimulation”. “this is also the unique charm of the city where I work, which is known as the ‘capital of electric locomotives in China’.” 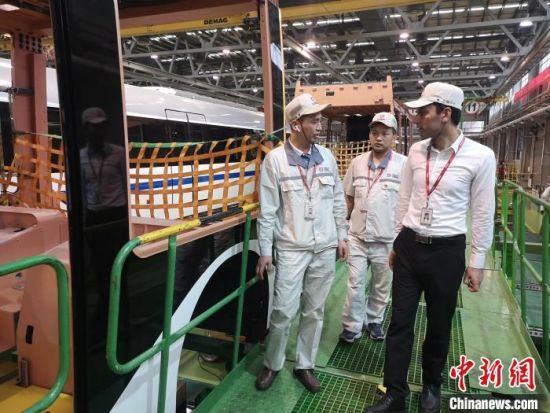 Rafiq Khan was born in Khyber Pakhtunkhwa, Pakistan in 1989. When he was young, he knew that Pakistan and China were friends, and he was especially a fan of Bruce Lee movies. When his brothers and sisters chose to study in France, Italy and other European or American countries, Rafiq Khan decided to take a look at China.

From 2010 to 2017, Rafiq Khan earned his bachelor’s and master’s degrees from Northwestern Polytechnical University and Xi'an Jiaotong University respectively in China, both majoring in electrical engineering. At the same time, he attended the Belt and Road initiative (BRI) training sessions organized by the university. 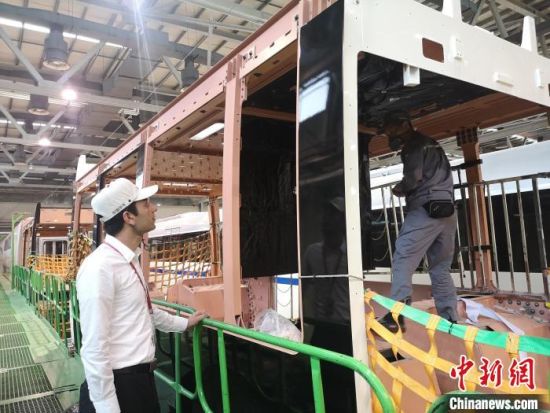 “The training sessions were aimed at helping us better understand the Belt and Road initiative (BRI). Since then, I knew that BRI can bring benefit to the developing Asian and African countries along the Belt and Road,” said Rafiq. From that time, he got the idea of participating in the initiative.

When Rafiq was about to graduate from Xi'an Jiaotong University, he went to campus recruitment like many Chinese students, and successfully passed the interviews with companies such as ZTE and Huawei. But as soon as Rafiq Khan found the booth of CRRC Zhuzhou Locomotive, he gave up the job opportunities in other first-tier cities, and made up his mind to work in the city of Zhuzhou, Hunan. “Pakistan's transportation infrastructure is relatively outdated. The advanced rail transit technology and sophisticated management system here are exactly what we need,” Rafiq Khan added.

Boasting Maglev, super capacitor, IGBT chip and more, Zhuzhou is the birthplace of many records such as “China's first AC drive electric locomotive” and “the world's most powerful electric locomotive”, and has presented a number of world-class innovative achievements. Since its establishment in 1936, CRRC Zhuzhou Locomotive has made four huge leaps in the history of China's locomotive production: from common load to heavy load, from normal speed to high speed, from DC to AC, and from import to export. The company itself can be called “a history book of China's railway locomotive development”.

Rafiq Khan managed to overcome the differences in language, diet and other aspects, and quickly adjusted himself to the new environment. He studies in the dormitory almost every day after work, and the company's papers on rail transit technology are always on his desk. Starting from difficult telephone communication, Rafiq gradually became able to complete his work independently and efficiently, and ensure that the newly installed equipment meets the production and process requirements. Rafiq Khan, with his hard work, has made rapid progress in both language and professional skills.

In October 2020, the Pakistan Lahore Orange Line Project, the first rail transit project of the China-Pakistan Economic Corridor under the framework of BRI, was officially open for operation. The project marked that a whole industrial chain of China's urban subway ― from design, manufacturing, construction to operation and maintenance ― was exported for the first time.

“The subway train of the Pakistan Lahore Orange Line Project is from our company. It plays a huge role in urban traffic and transportation. Many people can benefit from it. It is the Belt and Road initiative that helped Pakistan bid farewell to the history of no subway,” Khan added that China has become an emerging power in the global rail transit industry, and has been sharing high-quality achievements with the world through the initiative.

For the time being, the electric locomotives, intercity EMUs, urban rail vehicles and rail transit equipment derivative products produced by CRRC Zhuzhou Locomotive have been exported to more than 20 countries and regions including Turkey, Malaysia and Mexico.

Over the years, Rafiq Khan has participated in many projects such as Nanning Metro Line 3 and Kunming Changshui Tram. As a witness of the rapid technological development of the rail transit industry, Rafiq has personally experienced the drastic changes in China's economy and society. This unimaginable rate of development made him both amazed and inspired. “When I first came to China, there was no subway in many cities. Now subways and high-speed rails have become the most common and fastest way for everyone to travel. 5G and other technologies are also developing at an amazing speed in China, together with rail transit and other industries, they are constantly pushing forward industrial innovation,” said Rafiq.

While joking with local employees in dialects, witnessing the continuous innovation and upgraded generations of CRRC Zhuzhou Locomotive's products that are going to the world, and recalling the unforgettable experience of fighting the COVID-19 pandemic, Rafiq Khan has now fallen in love with Hunan and Hunan cuisine. “I gained my experience and grew strong in China. The Belt and Road initiative has brought many opportunities to me and my homeland, and more and more young Pakistanis now choose to start their own businesses in China,” said Rafiq Khan. In the future, he hopes to participate more in the company’s cooperation projects with Pakistan, so as to help boost a faster development in his homeland’s rail transit industry.