Had it not been for the COVID-19 pandemic, Lee Kwang Sea (李光世), a teacher at Hunan Institute of Science and Technology, should have been visiting South Korean businesses and institutions in China throughout the summer vacation, looking for internships and job opportunities for students majoring in Korean.

Lee speaks fluent Chinese and his favorite dish is stir-fried pork with peppers. It’s hard for people to believe that Lee is actually from Seoul, South Korea if he doesn’t tell you himself. 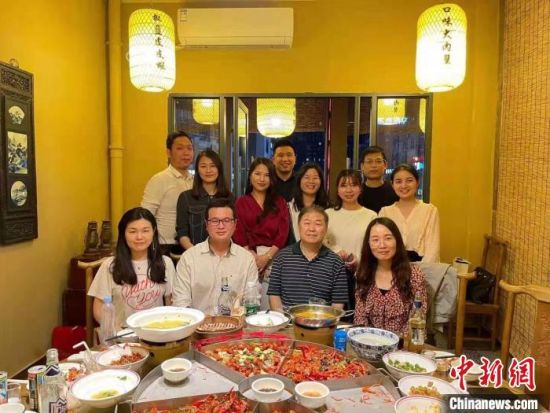 Graduating from Shinhan University of South Korea in 1985, Lee Kwang Sea was once a teacher at a high school in Seoul. “South Korea and China are neighbors. Ever since the establishment of diplomatic relations, the two countries have had closer communication, cooperation and people-to-people exchanges in the fields of culture, education and tourism,” said Lee, the man who liked travelling around China finally decided to learn Chinese in this country.

“Donting, nibbling at the distant hills and gulping down the Yangtze, strikes all beholders as vast and infinite, presenting a scene of boundless variety...” Inspired by the scene described by Fan Zhongyan in the literature Yueyang Tower, Lee and his wife came to Hunan in 2000. “The vast Lake Donting, historic Yueyang Tower, and the enthusiastic locals make me never want to leave when I arrive,” said Lee. When Lee stopped by Hunan Institute of Science and Technology on the bank of Lake Donting, and stood next to its “Hope Gate”, he finally decided to study here.

Upon first arrival in Yueyang, Lee was very passionate for learning Chinese and made a lot of funny mistakes. Once, when asked by a friend whether to eat abalone (pronounced “Bao Yu” in Chinese), he replied with a surprised look, “Can we eat rainstorm (also pronounced “Bao Yu” in Chinese)?” Everybody burst into laughter then. “Chinese culture is extensive and profound. Even the Chinese language alone is worthy of lifelong learning,” said Lee.

After more than two years of “specialized study in Chinese”, Lee was invited to teach Korean for the tourism management majors at Hunan Institute of technology. “With the rapid development of international tourism in Hunan, an increasing number of tourists from South Korea are attracted to Zhangjiajie, hence the demand for Korean-speaking tour guides has increased greatly,” said Lee, whose previous teaching objective was to help cultivate tour guides with proficient Korean communication abilities. 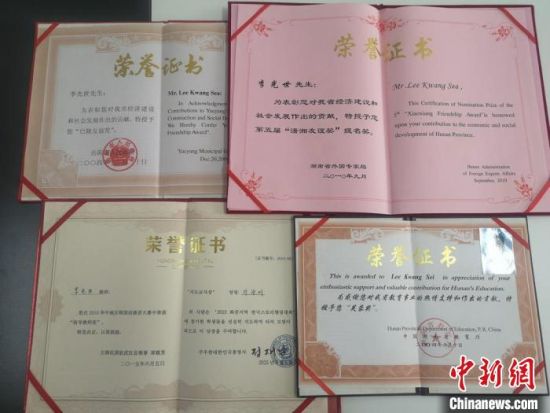 With the ever-deepening exchanges between Hunan and South Korea in tourism, economic and trade, Lee realized that more importance should be attached to cultivating professional Korean speakers. With his effort, Hunan Institute of Science and Technology has officially enrolled Korean majors since 2008. Lee also invited a group of professional teachers from South Korea to teach in Yueyang, started a “Korean Corner”, and regularly organized Korean singing contests, speech contests, dubbing contests and Korean food culture festivals, so as to strengthen students' Korean-speaking abilities and cross-cultural communication skills.

In recent years, Lee has frequently visited universities in South Korea to discuss programs such as the introduction of foreign talents, overseas study and exchange programs for students, and joint faculty training programs. For the time being, Hunan Institute of Science and Technology has established friendly and cooperative relations with South Korean universities including Hoseo University, Konkuk University and Daegu University, and started “2+2” and other overseas study programs. The university’s passing rate of Korean TOPIK Advanced, as well as the postgraduate admission rate, are increasing every year; the scale and quality of its Korean major rank among the best in central and southern China.

After class, the students like to call him “Lee Oppa”. Once a part-time student was hit by a motorcycle on the way back to school. Lee rushed to the hospital as soon as he learned that the student was seriously injured and needed surgery. Considering the student’s needy family, he paid 5000 yuan for the medical expenses right away without hesitation.

“Apart from teaching Korean, what else can I do for the students?” Lee was deeply touched by the scene. After discussing with his wife, from 2006, Lee has spent 6000 yuan every year on his “Light of Hope” scholarship fund, hence became the first foreign teacher to set up a scholarship in Hunan.

For over 15 years since the establishment of the scholarship, with another 6000 yuan donated by the university every year to the fund, more than 200 students have received the scholarship. “In the past, hardworking students from poor families could get grants. But with China's rapid economic and social development, and with the strengthened poverty alleviation, the scholarships are mainly granted to students who study hard and are brave enough to make breakthroughs,” said Lee.

During his 21 years in Hunan, Lee also worked as a translator during the local government's visits to South Korea, in which he actively bridged the communication between Hunan and South Korea, thus received “Lotus Award” from Hunan Provincial Department of Education, and “Baling Friendship Award” from Yueyang Municipal People’s Government.

“There is a Chinese saying that ‘Keep in mind the help you receive, but never keep in mind the favors you do.’ I was treated with bountiful kindness in Hunan, so I wish to try my best to do more for the people there.” Lee clearly remembers that once his wife was bitten by a centipede at home, he was completely at a loss what to do. It was a warm-hearted neighbor who carried his wife downstairs and called an ambulance to the hospital.

Lee, 59, plans to work until retirement at 65. “I will make greater efforts to help make the university’s Korean major enlisted 'first-class major in Hunan Province' before retirement, and set up a graduate program of Korean,” said Lee.